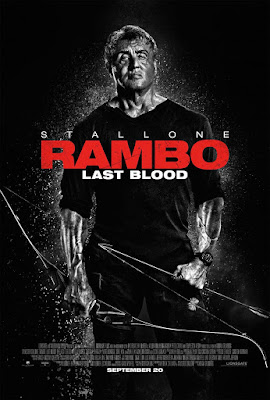 Listen here now, I haven't blogged a god. damn. thing. in 3 years and I just spent 15 frustrating minutes trying to log in to this fucking blog again and you're gonna sit your ass down and read this thing! Got me?


It's probably a better time than Rambo: Last Blood.


You can bet your sweet ass there's spoilers.

Yes, a new RAMBO! That last one was so good and this one promises just as much blood, it just can't be bad. Not. Fucking. Possible. And it's LAST BLOOD, like the last one, right, so...so we're definitely pulling out all the stops.

So the story starts out on the Rambo Ranch. We're riding horses, setting up Rambo's relationship with his niece, and hanging out in A VAST LABYRINTH OF UNDERGROUND TUNNELS. Wow, Rambo really took that saying "idle hands are the devil's plaything" to heart. So he's wandering around these tunnels, showing us where he brushes his teeth, where he forges knives, and where all the best places are for Vietnam flashbacks.

It's like he built these tunnels specifically to trigger flashbacks

Rambo's niece, Gabrielle, then get's a call from an old friend in Mexico that says she has found her long lost dead beat daddy. Then, after multiple warnings from Rambo, she goes down there anyway to confront him. Let me tell you, that confrontation is one of the greatest burns I've ever seen on film. The dude opens the door all welcoming, then she asks him why he left, and then he just looks her dead in the eyes and just lays into her about how he never wanted her, had no feelings for her, and really could care less if she were alive or dead. It was amazing.

Then of course, her emotional defenses are down, which causes her to agree to go to a club with her friend...who then sells her out to a mexican gang that will now fill her full of drugs and sell her as a sex slave. 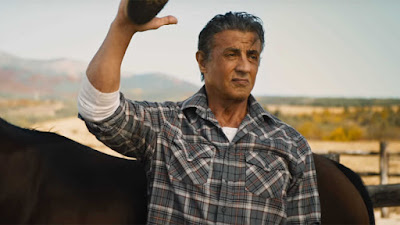 Hey yo, Mexico. I will find you and I will kill you.

So yeah, we're basically in full 'Taken' mode at this point. Rambo runs down to Mexico to go find her. He gets his ass beat pretty bad by the entire gang. The leader (?) of the gang let's Rambo live (for the purposes of this movie) and Rambo is then taken in by some woman who knows an underground doctor that helps to stitch him up. Phew, what a mess. Well then, Rambo heals up faster than Wolverine and then goes back on the hunt. This is probably my favorite part of the movie... 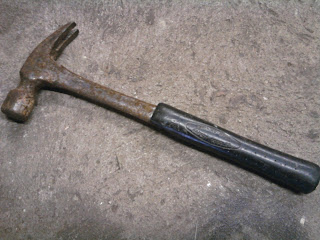 The movie poster should've just had Rambo holding this hammer. 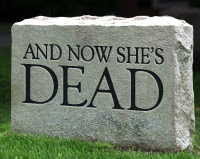 And so is any emotional investment I had in this movie.

We get back to Rambo Ranch, bury her out in the back 40, her friends all signed a stick over her grave with facebook posts like "good wishes", "we miss you", and "sending my prayers".

All right, here we are. FINALLY. Last 20 minutes of the movie. Revenge is a dish best served cold....eh, not this time. We're killing them now. It's Rambo time. 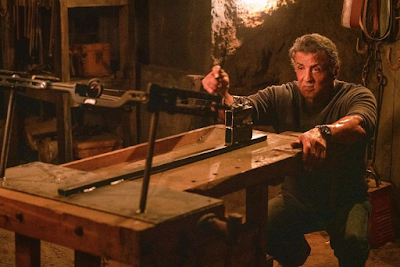 Rambo goes back to Mexico, starts a war with the gang, lures them back to his Ranch, and then murders the whole lot of them. All of the kills are pretty great and creative. We're running around the tunnels, everyone is getting their legs cut off, heads blown off, knived, arrow'd, all kinds of great carnage. 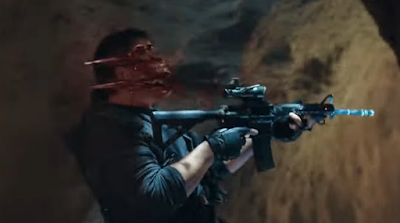 Hell, even the predator gets in on the fun.

They're all dead, Rambo's hurt pretty bad, and then we start the Rambo credit roll montage of all the movies. You kind of think that maybe Rambo dies on the porch of this house until they show him riding off into the sunset.

I hate to say it but I didn't really like this movie. Maybe if it wasn't a Rambo movie, I'd like it better but this just isn't the movie I wanted. Doesn't really feel like Rambo at all. All the stuff that's good and great about this movie is totally superficial. The kills in this movie are awesome but they just have no great context behind them so they fall super flat. The story is there but they just did it all wrong.

I like the Taken angle for the story. It's a great way to get the audience invested in something. What they really should've done is just done the Taken thing to the formula of First Blood part 2. She gets taken, then Rambo goes to get her, gets captured and tortured, eventually breaks free, and then murders his way to her. They can end the movie on the ranch if they want to and Rambo is just defending her and then he HAS to die on his porch. What a great way to end the saga of Rambo.

But instead we got Last Blood. 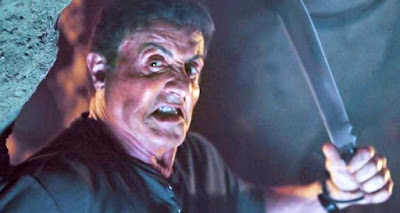 Alright, where the FUCK is your red bandana!?

The movie just kept distracting me with plot holes and stupidity. Like, why do they keep letting a blood soaked Rambo back into the US? Is there literally an unguarded barb wire fence on the US/Mexico border? The movie really fucked up when they let Gabrielle die. All the killing at the end had no weight to it. It's just old man Rambo murdering dudes because he's mad. He's not defending himself, savings POWs, rescuing his commander, or getting Missionaries out of a bad situation. It's just mindless revenge....and that's how we end the saga of Rambo. What a disappointment.

I'd still recommend everyone check it out. It's another Rambo movie, you know you have to see it. I still think Stallone's got it. Somehow at 73 Stallone is still kicking more ass then I can ever hope to in my lifetime. The acting is pretty meh throughout the movie but when Stallone gets in berserker mode, it's a pretty good time. The story however, should've....just been something else.
Posted by Mr. Gable at 5:45 AM