Meh, I'd have given up my sanity for a Ham Sandwich. But this was more fun. 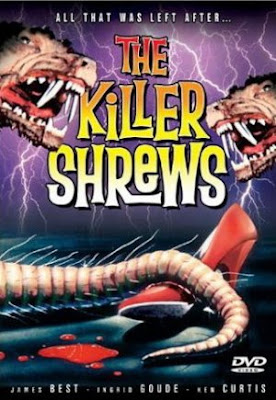 "I love that the tradition of killing black guys first has existed since the golden age of horror."
All that was left after the Killer Shrews? What the fuck does that mean?

The Killer Shrews is a movie I struggled with TWICE. Both times watching it with the Mystery Science Theatre 3000 crew. I tried so hard both times to get through it but I just thought it was so bad that I could just never find any reason to finish it. But then I decided upon the Insanity Countdown...and of course The Killer Shrews immediately came to mind. And it's kind of funny because I had originally bought this for the winner of the Bad Movie Battle Royale. I hadn't watched it when I bought it...but then I watched it and felt so bad that I went out and got something else.

And I'm glad I did. This thing is so much better without the riffing.

This is your standard monster movie on an island. I only assume that every other person that used this concept stole it from this movie. A group of people come to an island to meet a scientist. He's been working on mutating Killer Shrews. Now there's a group of giant Shrews running around. They need to eat 3 times their weight in food every 24 hours to survive so they're running around hungry and mad as hell.

That is really all there is to it. The greatness that comes from this movie is in its execution. You will love this movie for all of its unintended consequences. Like the Shrews themselves: They put a mask on a dog and make it run around. Nearly every time they make an appearance, they're hilarious.

This movie is classic. Must see, must own. I never thought I'd like it this much but I do. And at a hair over an hour long you can't go wrong. This is a good time for any party. 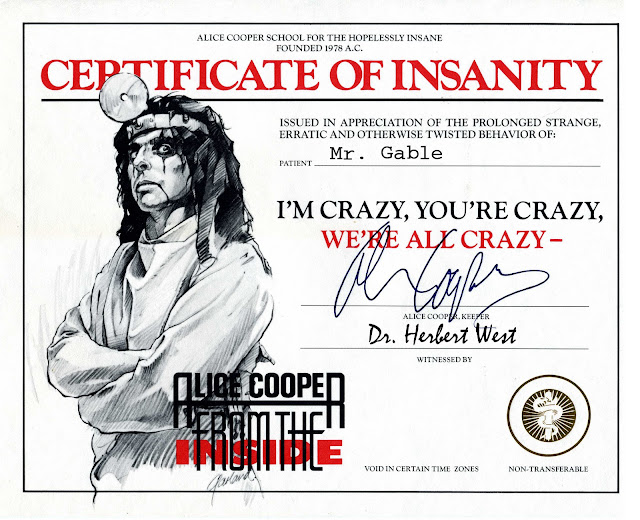 Email ThisBlogThis!Share to TwitterShare to FacebookShare to Pinterest
Labels: The 31 Baddest Days of Halloween, The Killer Shrews