One fan's appreciation for the works of Robin Sydney

As I write this, I am currently watching Gingerdead Man. Gingerdead Man if you do not already know (and if you don't, you need to fucking find this shit. Gary Busey's FINEST moment) is one of Full Moon's epic horror movies about a psycho killer turned murderous killer gingerbread man a la Child's Play. Now as I watch this I am feeling a moment of clarity. Complete and utter clarity. And that clarity has a name: 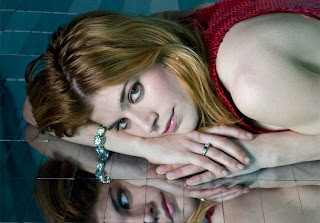 Robin Sydney
I have seen her 3 times before. Evil Bong. Evil Bong 2: King Bong, and Evil Bong 3D: The Wrath of Bong. Now, maybe my views of Robin Sydney are a little off but I was under the impression that she was a one way street actress. In the Evil Bong series, she plays a total bitch. She is just that unlikeable woman that is the girlfriend of the guy that everyone wishes he'd dump. But they never break up because she knows how to work the angles and keep him JUST happy enough to stick around.

Now we come to Gingerdead Man. Her character is blowing my mind. She plays a baker who is AS WE SPEAK baking Gary Busey in cookie form. It's so fucking win. BUT there's Robin Sydney...being the most likable innocent little cutey the likes of which Zooey Deschanel could only hope to achieve.

What a fucking range. I honestly have never appreciated an actress as much as I do right now.

Last April I packed up some friends and drug them out to the theatrical showing of Evil Bong 3D: The Wrath of Bong. It was an amazing trip and I got to meet my hero Charles Band. That man is my life. It's the whole reason I am here, doing this, writing about amazingly bad movies. But that doesn't matter, what does matter is that besides the appearance of Charles Band, Robin Sydney was also in attendance. WOW. She was there. She fucking HUGGED ME. An actress. Hugged. Me. An event that will probably never happen again...at least nowhere in the near future, and what was my reaction....uggghhh....she's cutting into my Charles Band time. Go away.

What the fuck Gable. You have a pretty young up and coming actress touching you and you aren't the least bit interested. And I honestly regret ever feeling that way. I wish I wish I would've known her for more than Evil Bong. My extensive history with bad movies often times clouds my judgement. There are so many actors that are just STUCK as one type of character. Van Damme is always kicking ass, Buck Flower is always a drunken hobo, and Steven Seagal hasn't figured out how to speak to anyone without judo chopping them in the face. And these feelings carried over to Robin Sydney. She played a total bitch 3 times in 3 movies (same character) and I completely typecast her. As far as I was concerned, she's a total bitch. 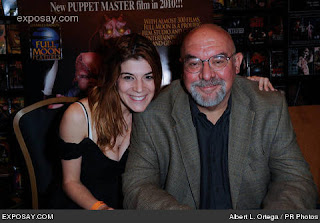 WRONG.
No more. She really has a talent. I wouldn't place her amongst the most experienced and elite actresses.........yet...but she really has some potential here. I think if the right people mined this gold mine (no pun intended) that she could be a real somebody. She has the looks, she is very comfortable in front of the camera, she just needs to find that right movie that'll shoot her up the ladder.

Sadly, that won't happen with Full Moon. Of course, nerds like me that rage over Full Moon will know and adore her, but any normal person will miss this wonderful find. Looking over her IMDb profile, I'm very happy to see that she does a lot of stuff outside of Full Moon. I hope that catches a few eyes and she gets parts in big budget movies. Bruce Campbell once said that his career either meant big roles in small movies or small roles in big movies. I hope she has that kind of career. I want her to see the big time but I still want her to stay in KILLER FUCKING COOKIE movies. 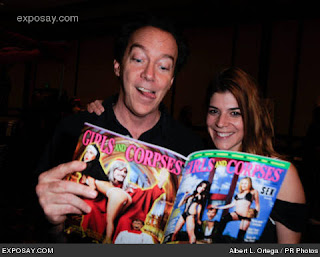 Please don't turn into the new-age Demi Moore.
I'm sure I will catch a little flack for this but I appreciate the fact she doesn't do nudity. Ok, I don't know that she doesn't do nudity, I haven't seen the growing list of films she has starred in BUT the fact that she was in Evil Bong 1-3, a series built upon weed and nudity, and WASN'T naked in those movies says a lot to me. She has some standards. That's good. I would much rather see that she makes it up the hill using her god given talent over just splashing her tits all over the screen every chance she can get.

And if she does do nudity? uh, fuck yeah. We all want to see it. But I would like to think it's as tasteful as you can get. I love nudity as much as the next guy (hell today, I've seen over 10 sets of tits from several different movies) but for one reason or another I want to watch this chick act. I'm loving what she brings to the table. Even if it wants to kill me. (Get it, killer cookie) I guess what I'm saying is that I'd rather remember her talent over her tits. The tits I've seen today....are already forgotten.

So, what I'm trying to say is....check out Robin Sydney. Maybe don't necessarily check out her Full Moon films (which you fucking should anyway), but check out movies like The Lost, Big Bad Wolf, or the new Night of the Living Dead 3D sequel coming out soon. I'm really fucking pumped for that last one. This just shows hope for Robin. NOTLD 3D stars 2 major horror actors: Jeffrey Combs and Andrew Divoff. The trailer looks amazing and the fact that Robin Sydney is in it just shows me that someone is noticing her. I hope this continues. 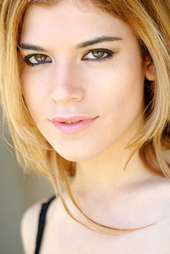 The Robin Sydney train is boarding (again, no pun intended), you best get on before you get left behind. This is one ride worth taking.
Posted by Mr. Gable at 3:26 AM