Here is your 3rd batch of contenders in the Bad Movie Battle Royale 2012! 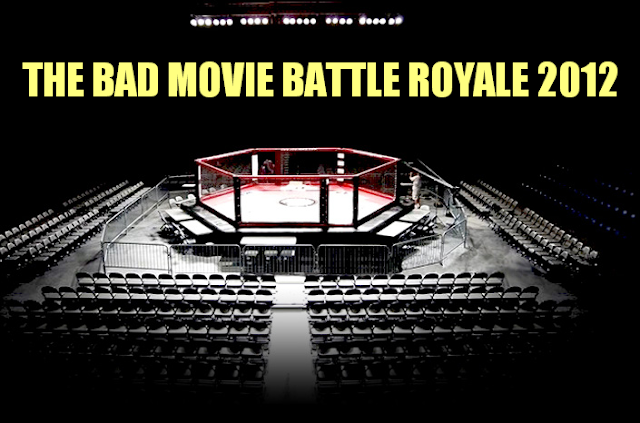 Welcome! It's been about 3 weeks since our last update on the Bad Movie Battle Royale. But not to worry, I've still been doing plenty behind the scenes. Reviewing, creating, and getting a special event lined up. (More soon) Until then, let's meet your 3rd batch of contenders in The Bad Movie Battle Royale! Some are new and some are old here on Mr. Gable's Reality but I know you all will give them a warm welcome. 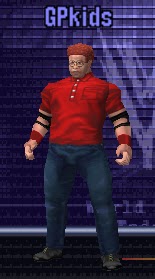 The Garbage Pail Kids. This was originally reviewed as a triple review between myself, Morbidementia, and Guts and Grog Reviews. But now that epicness is taking it to the iron circle. The GP Kids are making their triumphant return and they're looking to solidify themselves as the greatest worst movie here on the blog. They may be small, they may be crude, but don't underestimate them because they will fart so hard you're mustache will fly off.

The Girlfriend From Hell. What could be worse than Satan? Satan with tits! This is one bitch that is going to be tough to beat. She has all the strengths of Satan and all the appeal of a young untouched 18 year old. Contenders will have to look past her looks and attack the heart. Anyone against her will have to be on defense for awhile until she tires herself out. She's been on the run for hundreds of years and she's looking to plant her feet here on Mr. Gable's Reality as supreme victor of the BMBR.

Yor: The Hunter From the Future. YOR'S WORLD HE'S THE MAN! YOR'S WORLD HE'S THE MAN! His theme song says it all. Yor is looking to claim the Reality as his world...and he's the man. There's nothing this guy hasn't done. Killed dinosaurs, killed giant bats, used them as hang gliders, killed entire societies, flown through space, made tender love to every woman in existence. Yor is going to be a tough man to beat, his skills are seemingly endless and he only knows how to do one thing: KILL. 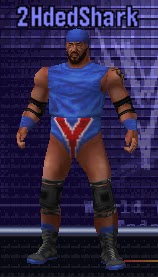 The 2 Headed Shark from 2 Headed Shark Attack! Uh Oh. Shit just got real. There is not only a shark in the tournament...but a 2 HEADED SHARK! He's double pissed off, double dangerous, double trouble, double the amount of teeth to rip everyone apart! Fortunately the ring is set out of water so all the contenders might be in luck. They always say 2 Heads are better than one and this fierce monster is proof of that. Contenders will have to stay on his backside to win this, keeping away from his mouth. They'll still have to watch out for the tail but that's a battle worth fighting.

There they are folks, live and in pixelated color! Things are really shaping up now. We have the potential for some very interesting match ups. Yor vs Robowar. 2 Headed Shark vs Poolboy. HOOBOY! This is going to be a year to remember. I'm hoping to wrap up the final 4 contenders next week. I've still got a couple more reviews to do and they are going to be epic! So keep it here at Mr. Gable's Reality for more Bad Movie Battle Royale action!