Happy Friday Everyone! Here's a little treat for you all. Two reviews...back to back and from a series that is destined for eternal recognition...Charles Band presents: 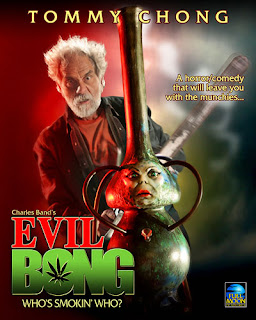 THE TRAILER:
Yep, that's Bill Moseley.
Evil Bong is (for all intents and purposes) one gigantic Full Moon commercial. Full Moon, if you do not know, is one of the greatest direct to video companies known to man. (anyone that says otherwise is a Squid) During the 90’s they produced timeless classics like Dollman, Puppet Master, and Demonic Toys. (A recurring theme here isn’t there) And then there was a huge slump in the last few years of the 90’s throughout the first half of the new millennium.

All of that changed with Evil Bong. Charles Band (the director/owner of Full Moon) took back his company and started making some changes. The first (probably) among those…Evil Bong. Fuck yeah.

I’ll be honest and admit that this movie is pretty much to sell Full Moon BACK to its viewers. It’s there simply to jump kick itself back onto the market…to let the fans know that they have not been forgotten and that it’s time to get back to business.

Evil Bong is the sweet story of a group of men who smoke weed constantly. They use terms such as “dude” and “bro” every 5 seconds. It can be annoying…but that’s ok. Just get high and let it happen. These guys decide to buy a Voodoo cursed Bong from the back of a magazine and shortly after they are toking up on one of the most majestic looking monstrosities man has ever created.

The Bong brings them to another world. It devours their soul and transports them into the bong. Inside the Bong they are powerless and weak, ripe for the picking. A perfect place for the Bong to slowly suck their lives away by murdering them with Monster Bras®. And what is this place they are taken to you may ask?

Why a strip club of course. And with some of the most amazing sets of breasts you ever laid eyes on.
I like to think of myself as a Full Moon Aficionado. I don’t claim to know them inside and out but I really fucking love their movies. Evil Bong…in the end…was awesome. But the first 45 minutes…or maybe an hour…is kinda hard to get through. Sure there’s weed smoking and titties but it just isn’t that exciting.

But all of that changes when Tommy Chong appears. And he honestly just “shows up”. It’s so fucking awesome. He is the original owner of the bong and he goes on about how it killed all his friends and he gives a little backstory and complains about his shitty wife. Holy shit it’s great. The bit with the toy cars was hilarious. So what follows from that point on is pretty watchable and entertaining.

Now, to better explain what I mean by Evil Bong being a Full Moon commercial is that each time someone is pulled into the Evil Bong Strip Club…they meet a character from another Full Moon movie. Gingerdead Man, Jack Deth, the Jack in the Box from Demonic Toys (and not the good one either, that shitty one from the SyFy spinoff Puppet Master vs Demonic Toys), all make an appearance along with a few other Full Moon favorites. (as seen in the trailer above)

It’s kind of genius in its own way. You have all these things just sitting in storage and you're trying to reboot your company, how could you go wrong!?

I’d recommend it. You just have to be extremely patient or high to like it. You can find it on Amazon partnered up with the sequel, Evil Bong 2: King Bong for only $10. I think it's worth it. 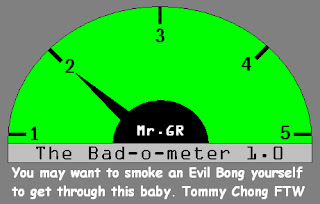 And speaking of King Bong… 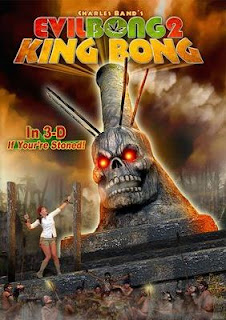 THE TRAILER:
There's definitely nudity in this trailer.
KING BONG IS THE SHIT!

I really don’t want to detour you from seeing the first Evil Bong but the first 4 minutes of King Bong recaps the events of Evil Bong. So really…you don’t have to even watch the first one. It’s all wrapped up nice and neat for you. Of course, you don’t get to see all the greatness of Tommy Chong, but that’s a small price to pay if you ask me.

The thing that makes King Bong so AWESOME is the premise. The guys that toked from the Evil Bong are now having exaggerated side effects of smoking pot. One of them is eating so much that he has gained 200 pounds, one can’t stop getting a hard on and humping things, and the last one…just randomly passes out.

That is so FUCKING GENIUS! What a great sequel. And its very entertaining.

So the guys from the first one (same actors minus one) get together and discover their problem. So they decide that they need to track down the source of the problem and go to South America where the Evil Bong was first discovered. So they track down the guy that delivered the Evil Bong and convince him to come along. 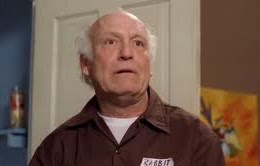 GOD HOW I LOVE THIS GUY!!!
So they travel to South America where they meet up with this hot chick that’s doing research on medical weed. Some hilarious stuff happens, the Evil Bong returns, and then we are introduced to the Poon Tang Tribe.

And then we meet King Bong. And he is one jive ass mofo lemme tell you. His constant shouting and usage of the term “bitches” is absolutely mystifying. You’ll be encapsulated by his performance.

And one of them gets trapped inside King Bong. So the rest of them must toke from King Bong to go inside him and rescue the other guy. (make sense?) And the rest happens exactly as it should. Hot women, lotsa weed, guy turns into a doobie, all that jazz.

King Bong was amazing. It’s is infinitely better than Evil Bong. Not knocking on Evil Bong but the entertainment value (and the production value for that matter) is just so much better with this installment. It’s a fun little adventure through the jungle.

And you just can’t beat a tagline that says, “In 3D, if you're stoned!” 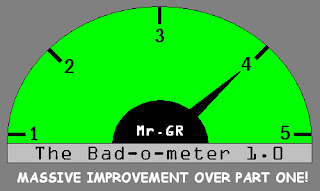 That being said…I’m in for Evil Bong 3D: The Wrath of Bong. (FUCKING ALIEN BONG FROM SPACE MAN! IN 3D!! AND SMELL-O-RAMA!!!) I’m actually driving to see it in the theatre tomorrow matter of fact. It is playing in Madison, WI so if you’re in the area and want to meet me there, I’ll see you! I'm certain there's still tickets available. Keep it here Monday for my review. It’s going to be amazing…
Posted by Mr. Gable at 7:37 AM