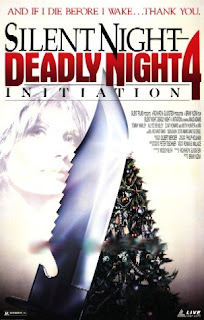 I just got done watching Silent Night, Deadly Night Part 4 and I can honestly say that I had no idea that I was actually watching that.

WHAT THE FUCK HAPPENED? You had Brian Yuzna running the show (he's the producer of all 3 Re-Animator movies), you had a fresh story, and you had Clint Howard and Reggie Bannister? HOW CAN YOU FUCK THAT UP??? 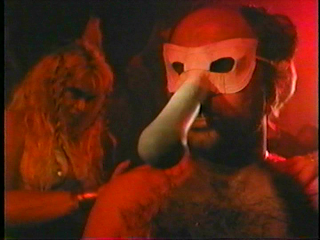 Very easily.
I was really looking forward to this installment of SNDN. I love most of Yuzna's work. Mostly because everything he does is over the top gory and batshit insane. And I guess from that perspective, SNDN 4 is exactly that. But the problem is...there's barely any Christmas in this movie! This is a Christmas horror franchise...somebody needs to dress as Santa and murder lots of naked teenagers. But what did SNDN 4 do instead? 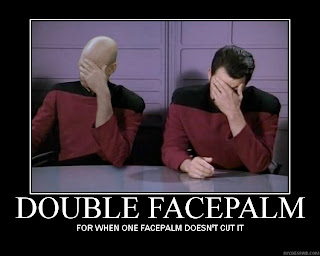 Dear god. That's an amazing turn of events for this franchise let me tell you. So the story starts out extremely promising. Allow me to describe the first 7 minutes of this movie. Clint Howard comes out of hobo alley and munches on a half eaten hamburger covered in ants. Then a woman leaps from the top of a building ON FIRE and splatters to the ground in front of him. And then we cutscene to a pretty awesome sex scene with epic boobage...and then there's a Reggie Bannister cameo. 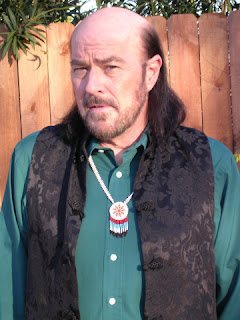 Bringing sanity to bad movies everywhere.
And that's about the time you should shut this movie off. Because that's about as great as it gets. And from this point the next 20 minutes or so turn into an investigative reporter type flick. The reporter chick investigates the spontaneously combusting woman...and somehow becomes a part of the man hating woman cult. With giant bugs.

So after the first half hour, the movie just turns into one giant hour long confuse-o-thon. I swear I tried to follow what was going on but I just had no fucking clue. I'm sure it was spelled out at one point but I was so utterly mesmerized at how shitty Silent Night, Deadly Night had turned out to be that I couldn't possibly fathom the events of this movie. Why are there giant bugs everywhere? Why isn't there more Reggie Bannister in this movie? Why isn't Santa killing people? And why did they name Clint Howard's character RICKY? RICKY! The killer from parts 2 & 3...who also died in parts 2 & 3. Am I supposed to believe that this hobo is that same killer or is that some really fucked up mistake on the filmmakers part. Perhaps they forgot to watch the first 3 before they made this one. I don't know. Just seems to me that some minor detail such as that would be important.

But alas, there is some silver lining to this dark cloud. The gore is top notch. I know Brian Yuzna, and I also know he loves to get gory and gross...and he does. Quite frequently. Most of the gore and grossness involves giant bugs. Which isn't necessarily a bad thing, it actually grossed me out a few times, but it just isn't....Christmasy enough.

But there is one guy that is strangled to death with a strand of lights so I guess that counts for something right?

I'd actually suggest this to some people. When compared to part 3, part 4 is fucking amazing. The story is confusing but the gore and Clint Howard more than make up for it. It would be a pretty decent stand alone movie but as a member of the Silent Night, Deadly Night franchise...it just does not live up to it in any way whatsoever. But if you're like me and you gotta watch them all...then you gotta watch them all. Right?

Part 5 is titled "The Toy Maker." That sounds a lot more like Christmas to me. And Yuzna is producing so I think the gore should be up to par. We will see.
Posted by Mr. Gable at 7:15 AM