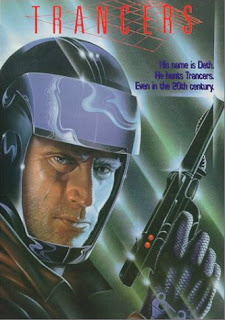 Here is a brand new interview done with the guys at FearCast. It's almost embarrassing to watch if Charles Band wasn't actually there. Those guys are so nervous to talk to him, it's pretty hilarious. Maybe they should have written those que cards a little bigger. lol

And if it were me, I'd probably be worse.

So here's the interview in its entirety. The first six minutes there really isn't much, just reiterating how awesome Band and Full Moon are. Then around the 6:30 mark things get interesting. Charles Band reveals some of his plans for 2011. I don't know if he just decided...fuck it, I'm gonna tell these guys, or what...but here it all is:

-A new film starring an entire midget cast called "Unlucky Charms"
-NEW TRANCERS! TIM THOMERSON IS ON BOARD!! (Trancers 7: Deth in Shanghai)
-And there is a script written for a new Subspecies prequel. They just need money. (I'm hoping they can get Angus Scrimm to come back as Radu's father. THAT would be cool.)

Here's the rest of the interview. Enjoy!