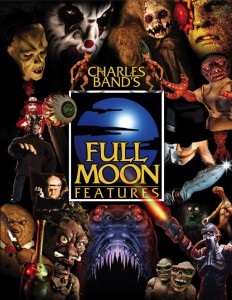 
The Greatest Bad Movies Charles Band Has Ever Produced #27 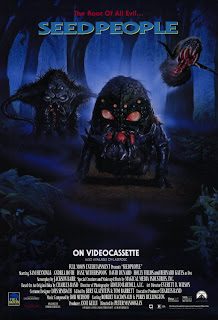 I have some mixed feelings about this movie. On one hand...that trailer looks amazing. The effects look good (besides the transformations), the story seems solid enough, it would appear to be chock full of action...but on the other hand I've been fooled before into thinking something if full of win when in fact everything that happened in the trailer happened in the last 20 minutes of the movie. That's kind of the vibe I'm getting from this thing.

But regardless, Seedpeople makes this list on the #27 spot for its masterful use of practical effects and my desire to see it. I hate it when movies (especially low budget movies) use CGI...I like puppetry. And Seedpeople would appear to be full of insane puppetry.

Seedpeople kind of looks like a rip off of several movies...Invasion of the Body Snatchers and Critters to name a couple. But that's ok...I'd rather see a Full Moon rip off than an Asylum one. And this movie was made in 1992 back when Full Moon was just climbing to its peak. Seedpeople should be a good time.

(I'm really sorry about the last 3 paragraphs. They suck. A lot. I just have no energy. I was held captive last night until 2 am watching Spaceballs with 3 chicks...how could I deny such epic greatness? HOW!?)

If you liked this movie then check out: Meridian
Posted by Mr. Gable at 7:36 AM