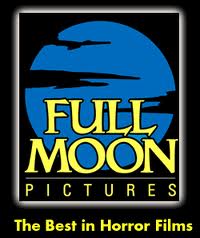 
The 31 Greatest Bad Movies Charles Band Has Ever Produced #15 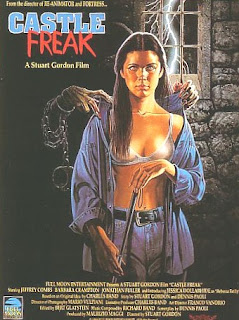 I remember reading (or watching) some interview...it was probably one of the special features on the DVD, but anyway...if you look at the credits it says that this movie is based on an original idea by Charles Band...well in that interview Stuart Gordon was saying something like, they wanted me to make this movie...all it had to have is a castle and a freak. From there the rest was up to me. HAHAHAHAHA that's amazing.

Today is Sunday so I present to you Castle Freak, a perfect laid back horror movie. I can't really say that this movie is fast paced and insane but it does move and does deliver on its promise of a castle...and a freak. I did like the film but its really a hit or a miss with the audience. The reason I really liked it is because I'm such a Re-Animator fanboy and this movie has the cast and the director of that film. So it's kind of a like a reunion movie. So that just makes it so much more enjoyable for me.

Castle Freak, a good relaxing horror movie for a good relaxing day. And you get what you pay for. A castle. and a Freak. Fuck yeah! And for THAT, I give Castle Freak the #15 spot on the 31 greatest Charles Band movies of all time!

If you liked this movie then check out: Ragdoll
Posted by Mr. Gable at 9:49 AM