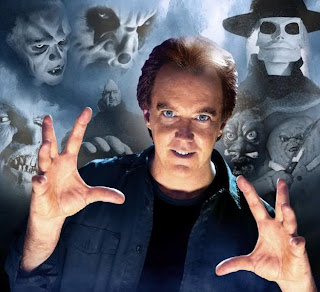 
The 31 Greatest Bad Movies Charles Band Has Ever Produced #6 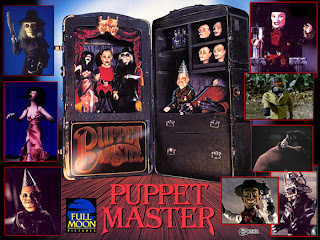 Oh I bet a lot of you thought this would be higher...if not #1. Nope. Not that Puppet Master is a bad movie...it is in the Top Ten...but the next 5 movies are so insanely amazing that I just couldn't fit Puppet Master into the Top Five.

Puppet Master is...for the most part...a pretty GOOD horror flick. It has all the elements...psychics, murder & mystery, killer puppets, a neat backstory, and Leech Woman. She's such a dirty little bitch. But anyway, the story is about a bunch of psychics that are connected to each other...and they are summoned to a hotel. They get there and the guy that summoned them is dead. Well they decide to use their psychic powers to unravel the mystery...and then the puppets start offing expendables...and its awesome. Unlike the sequels, they did a fantastic job with the puppet effects in this movie.

Puppet Master is one of those movies that you always see sitting on the rental shelf and you really really want to watch it but something about it is just screaming to stop. And that's good because you should BUY IT! Puppet Master is a classic film for horror in general...and especially for Charles Band. Puppet Master basically launched Full Moon and gave me a purpose for existing.

And for THAT, I give Puppet Master the #6 spot on the 31 greatest Charles Band movies of all time!